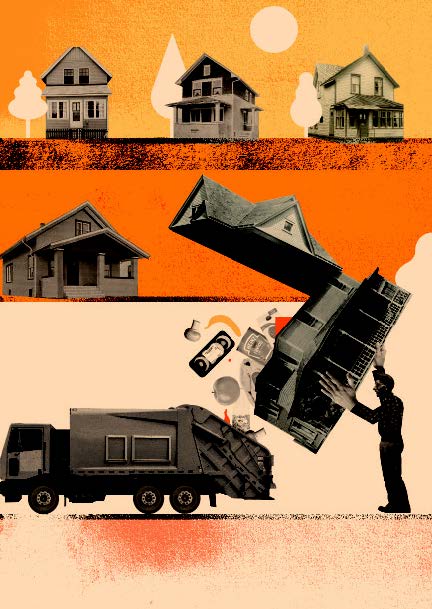 There has been a ‘tsunami’ of change in how people buy food and well, there is good news as well as bad news…

In a regular non-pandemic struck world, globally, we waste approximately 1.3 billion tons of food annually! That means approximately a third of all the food we grow goes to waste. The amount of food we throw annually could feed almost two billion people in this world. How, in the world then, are 800 million people going hungry everyday?

Food loss and waste usually happens at two levels. Usually in the developing countries it is through food ‘loss’, where food is lost in the farms or on the way to market due to lack of infrastructure in place, namely, storage, refrigeration and bad roads etc. In developed countries, however, food is wasted at a consumer level where people buy too much and throw away too easily. North America and Europe fall into the latter category where UK alone produced 10.2 million tons of food waste in 2018 (most of it generated from households) out of which 5 million tons was actually edible.

Unfortunately, the millennial generation has quite a role to play in this. It was found that the Instagram loving generation loves to try out exotic recipes, wants varieties and food that look good; throwing away much of it in the process. At a consumption level, food waste can be traced to a variety of reasons- people in developed world have a higher disposable income which would mean food is cheaper and not valued as much. The ‘use by’ and ‘best before’ dates are an important factor that adds to the food waste problem. Shockingly, it was found that a major reason for food waste is actually appearance. Massive amounts of fruits and vegetables are discarded simply because they are not aesthetic.

Besides being a moral subject, food waste is a huge environmental issue as well. The food waste and loss has a huge carbon footprint-3.3 billion tons of Co2 that is released into the air every year, according to the FAO. To put things in perspective, if food-waste were a country, it would be the third largest producer of greenhouse gases in the world, after China and the U.S.

The water footprint number will dry your throat up as well. Globally, a year’s production of uneaten food guzzles as much water as the entire annual flow of the Volga, Europe’s most voluminous river. Growing the 133 billion pounds of food that retailers and consumers discard in the US alone annually slurps the equivalent of more than 70 times

“ If food waste were a country, it would be the third largest producer of greenhouse gases in the world, after China and the U.S.”

Globally, the associated economic, environmental and social costs of this loss are around $1 trillion, $700 billion and $900 billion per year respectively.

However, things have changed drastically in the past few months. The pandemic and lockdowns have ushered us into a new era and we’re still grappling with what’s happening in the world. This time food waste has taken on a new form. The pandemic has been disastrous for the big farms. Due to the lockdowns, they haven’t been able to supply their produce and farms are seeing mountains of vegetables and fruits rotting in their fields.

Billions of dollars worth of food is going to waste as the shutdown of the food service industry has disrupted the supply chains all over the world. It’s ironic considering the fact that so many people are going hungry as unemployment levels soar globally. Food banks are seeing a surge of demand as people struggle to feed themselves in this uncertain situation.

Thankfully, most food banks say they are full as more people are donating in to avoid wasting food at a critical time. The supermarkets, too, are heavy on products. However, there seems to be a glaring gap between food that is being wasted and people starving for food. How does one get food to people who need it the most in an unprecedented time like this? This has revealed major cracks in the corporate focused food supply chain that favours profit over everything else.

However, it’s not all doom and gloom. Unsurprisingly, the pandemic has triggered a wave of consciousness about food amongst consumers. 90% of British consumers polled in April said their shopping and cooking habits have changed since the lockdown. 57% of them said they value food more now since the restrictions with 43% enjoying it more. In the first weeks there was a lot of panic buying which did lead to quite a bit of food waste initially but with time there was a noticeable trend of people buying only what they need, ignoring the use by/best before labels and throwing away less food.

Food is something we often take for granted but the lockdowns have made us appreciate it so much more. There is a sense of reconnecting with food. Families are eating together, young people are learning how to cook, planning meals and using leftovers.

The pandemic has given us a new perspective on life and reset our priorities. Currently, the basics (food, shelter and clothing) seem most important. Many people have majorly spent money only on food in the past few months. What if we continued to live like that? In a world where food is considered too precious to waste because it actually is precious. What if consumers were more conscious of their food habits and governments restructured their supply chain to preserve food better and make it reach the consumers more easily. What if all the food-waste was utilized to reduce emissions in the atmosphere through composting and generating fuel through biogas instead of adding to global warming?

The pandemic has made us realize that ‘radical’ systems can be put in place over night for the health and safety of the people. Covid-19 may have created a lot more mouths to feed but going by our population growth rate, we will have approximately 9.8 billion people to feed by 2050. We need to be ready for now and for the future. However, it doesn’t end there; imagine the economic advantage we would have by doing something as simple as not wasting food. Hence, for the social, environmental and economical good, we need to desperately change the way we’re living life at an individual and a policy level, who’s with me?