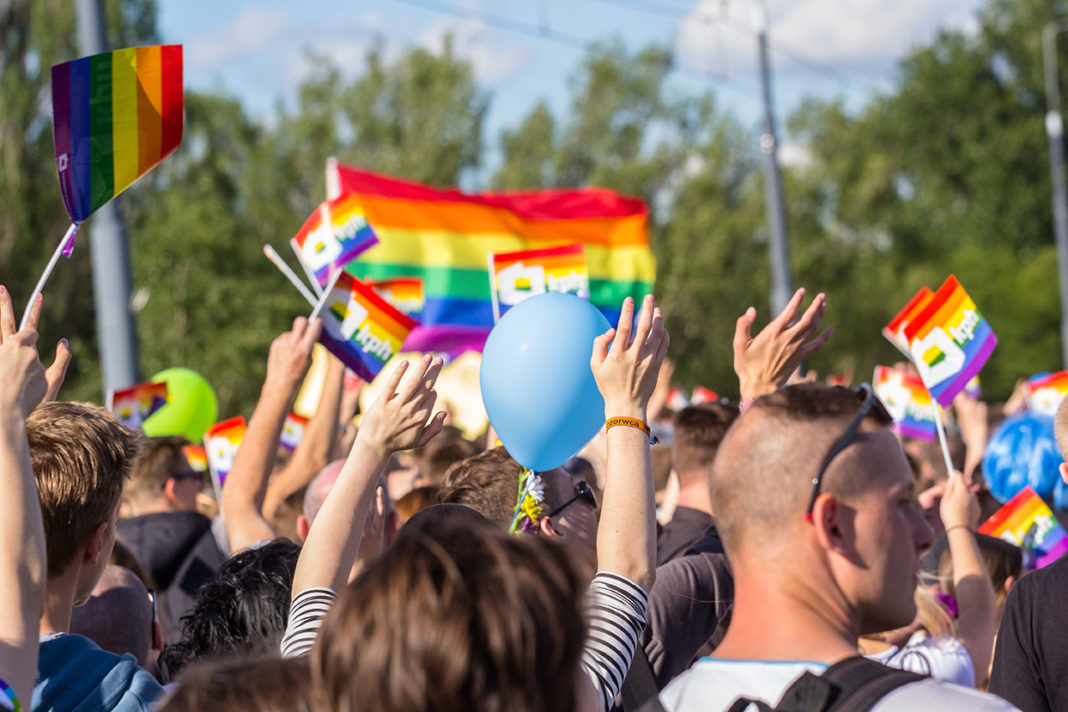 Do you remember January 1st 2020? The day you set out all your dreams, expectations and goals for this year … “This is year is mine! 2020 here I come!” Fast forward 3 months and we find ourselves fearing for our jobs, stuck inside binge watching Netflix and attempting to bake our way out of boredom.

However, could there be a silver lining to COVID-19? Yes, you read correctly, a silver lining. During these past 6 months we have witnessed thousands of annual events and traditions being cancelled due to Corona. Forcing us to use our imagination in order to invent new and imaginative ways to celebrate. One of the largest examples of this has been Pride 2020.

Traditionally celebrated throughout the month of June, in remembrance of the Stonewall Riots that started on 28th June 1969. Pride has been a huge part of not only Brighton’s summer calendar but the worlds. It is a time for the LGBTQIA+ communities and their allies to fly the rainbow flag loud and proud. It has also been seen as a time for global corporations to cash in on rainbow merchandise and the #pride trend.

But this year was/is different!

With our entire social calendars revolving around our smart phones, Pride 2020 has proven to be a Pride like never before. Forcing us to engage in dialogues, to create safe spaces for panels and discussions where we can highlight the real issues facing the LGBTQIA+ community today. For the first time in many years, the true meaning of Pride is at the forefront.

In previous years those who attended Pride were often just there for the party. The streets filled with thousands of heterosexual people adorning rainbows and getting wasted. But how many of us have really taken the time to understand what this month is all about? 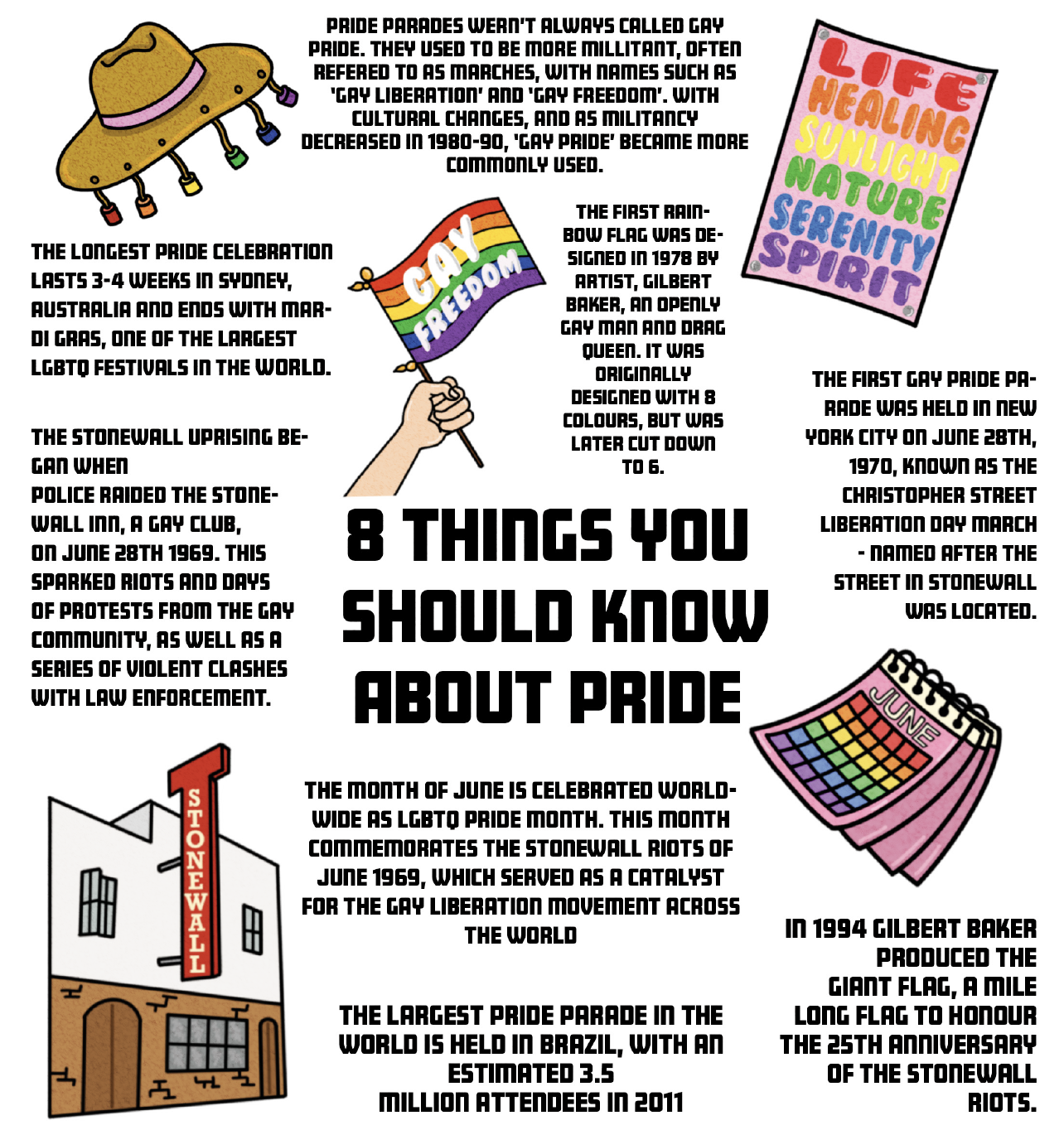 In the early hours of

8th 1969, patrons of the Stonewall (an LGBTQ+ bar in Manhattan, New York), fought back against police during a raid, wherein police became violent towards members of the community. This resulted in a series of spontaneous demonstrations over the next few days, led by the infamous Marsha P. Johnson and Sylvia Rivera two black, transgender women.

This event marked the beginning of the Pride movement and the first major step towards gaining rights for the LGBTQ+ community in the United States. However, this history has been lost over time somewhere between the pink shots and the feather boas. But this year has seen a shift.

Pride has gone digital, making it accessible to so many more people. It has also highlighted the disparity in LGBTQ+ laws across the globe.

On 1st April 2001, the Netherlands became the first country to legalise same sex marriage and in July of this year it was announced that after a vote of 124- 26, LGBTQ+ rights will be written into the constitution.

In June of this year the Trump administration erased transgender civil rights protections in health care.

In March, Putin submitted a 24 page draft document enshrining marriage as between a man and a woman, therefore banning same-sex marriage.

Scotland announces that from September 2021, LGBTQ+ history will be part of the national school curriculum in all schools.

There are no LGBTQ+ rights, in fact they are in the process of passing the anti- homosex it punishable by death.

This information is often lost, however, due to COVID it has now become the main topic of conversation regarding Pride.

Conversations that are being carried out not only by individuals within the LGBTQ+ community, but also by large corporations outside of it. For example SkyScanner held its first ever Pride campaign this year, titled ‘Here for Pride’. It was a series of webinar discussions around topics such as LGBTQ+ allyship, LGBTQ+ representation within travel, the effects of COVID on the LGBTQ+ community and so much more. All of these discussions were recorded and

are available on the SkyScanner

This year has also been characterised by its explosion of activism. First ignited by the public murder of George Floyd, this event has been the catalyst for a major shift in the narrative of our society. It has forced so many people to stop and consider their own behaviours and how by being silent on these issues, you become part of the problem.

I believe it can only be described as Universal Poetry that in the same month we celebrate the anniversary of the original LGBTQ+ fight against police brutality. Wherein a BLACK WOMAN led the masses, we are now defending the black community against the very same police brutality.

The difference is that this time we have the ability

to communicate across countries and continents. We can rally together in our millions to stand up against human injustice. During the preceding 6 months of COVID,we learned the skills necessary

to orchestrate global demonstrations. We have spent over half a year glued to our phones,

communicating via screens and so now when we have something to say, our audience is there, ready to listen.

As a black, queer woman living in the UK, the past 2 months have often had me feeling like I am defending

However, I also see my unique perspective.

I have learned that it is my intersectionality, that can help to encourage dialogue build bridges during the healing process that is to come.

This year has allowed the voices that often don’t get heard during Pride to be front and centre. It is the first year that we have seen protest specifically for Black Trans Lives. Finally society is acknowledging the level of discrimination faced by minority and marginalised groups. Digital Pride has given a voice to the voiceless and silenced the people who have been talking for too long.

Pride 2020 has become a blueprint for all future Prides. Whilst, yes, there is some cause for celebration, let’s not forget our mission.

Want to learn more about the identities in LGBTQIA+ and how you can be a good ally? Check out the @_breakingthedistance Pride Campaign, ‘Breaking

the Stigma’ at www. breakingthedistance.com as well as via the Breaking the Dista Podcast (Spotify and Apple).